“Each man of the land comes and has his time.  He lives and loves and laughs, and walks the land, and calls it his.  After a time, one way or another, the man leaves.  The land remains.” 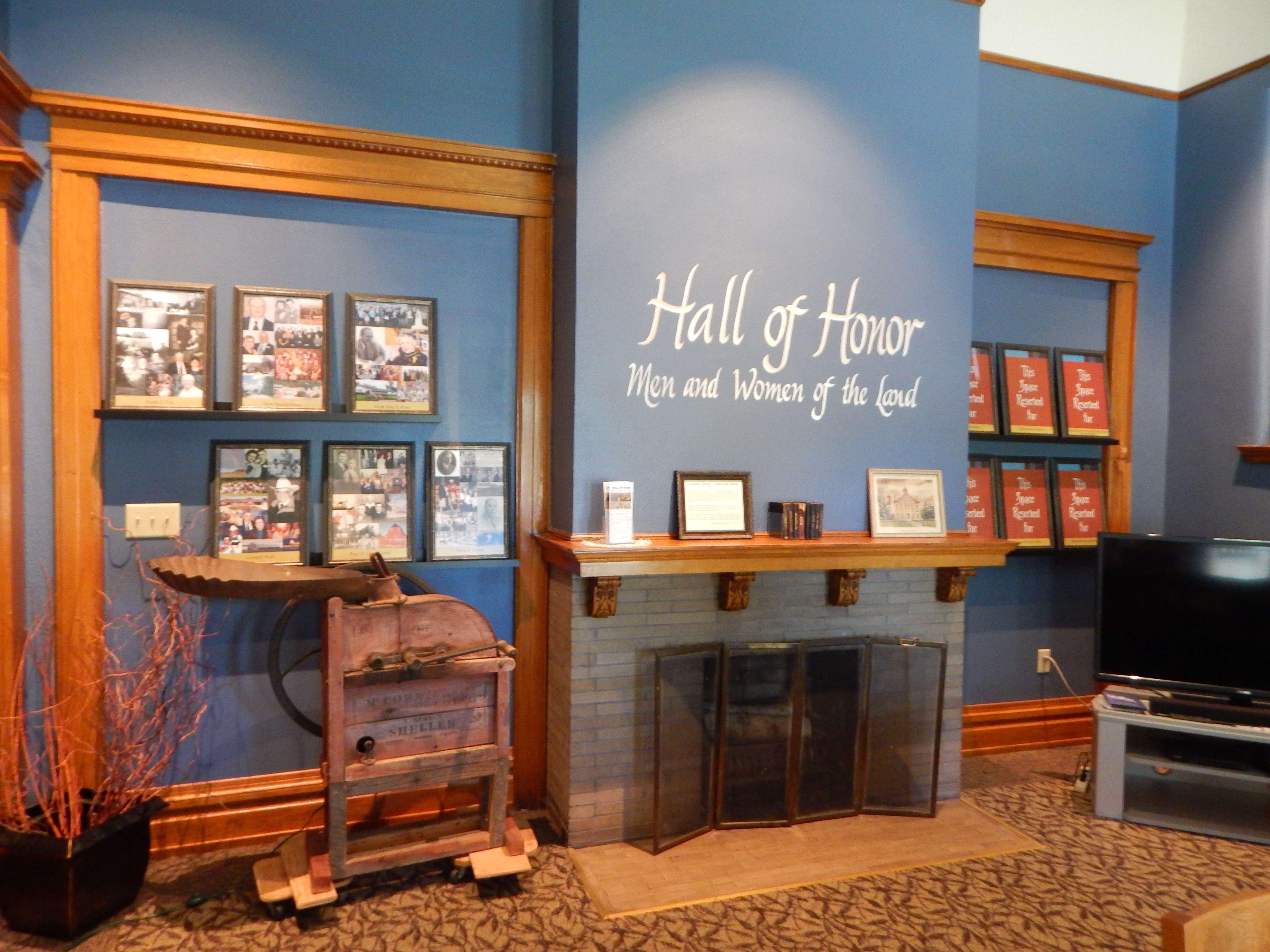 in some manner to what we collectively value as Stevens County history.

The Hall of Honor is located in our board/community room, and consists of two important parts; (1) a collage of pictures honoring each inductee, and (2) a professionally produced video summarizing the life story of the inductee.  These DVDs can be viewed in the museum during our normal open hours, and our staff will assist you in doing this. The videos can also be viewed at home at your own convenience  on YouTube.

Anyone can be nominated to become a member of the Hall of Honor. We contract with professionals to gather family history and photographs, compose text, and make a comprehensive story that is placed on a DVD.  When the video is completed, it is shown to family and friends during an invitation-only reception at the museum.  Immediate family members receive a complimentary copy of the DVD.

In addition to museum staff time, a considerable amount of contracted hours go into producing these quality DVDs, which become a family keepsake.  Thus, we ask that a donation of $5,000 be made to cover these expenses. This donation can come from an individual, a group of people, or an organization.

Please give thoughtful consideration to donating and nominating someone to the Hall of Honor.

The current members of the Hall of Honor are:

Together we will preserve their history.

DVDs of the following nominees are in various stages of production:

All videos are available to view at the museum during open hours.
If you are interested in more information please email us at aW5mb0BzdGV2ZW5zaGlzdG9yeW11c2V1bS5jb20=.